Hi Dani, thanks so much again for agreeing to do this interview with us! First of all, can you tell us a bit about how you found out about Cafetalk and why you decided to apply with us?

Actually, it was through Craiglist! I had just come over to Montreal after graduating with my education degree and undergrad. I was looking for anything I could find at that point, and then I came across Cafetalk. I admit, at first, it was sort of like a backup plan (laughs). I was actually looking for work in the public system. But eventually it just so happened that I didn't get work in the public system until I was very much doing well on Cafetalk.

At that point, I weighed the pros and cons, and… I was thinking, I would rather work online! It's such a flexible way of working and there's a lot less politics to deal with, if I can put it that way (laughs).

We know it’s been awhile since you signed up with Cafetalk - you’ve been with us for two years now! So as far as you remember, can you tell us about how the application process was for you?

It was really intuitive! It was so easy to do (laughs)! Everything was spelled out for you. The first thing that impressed me was how fast Cafetalk responded. In fact, there was another site that took forever, and it was so unprofessional. You say 48 hours, but I got a message back within 24. And it was all step by step, so you know what you’re doing. Like, you walk us through it. And I love the notifications! I think you guys do… 24 hours before and then 2 hours before. That way it’s so easy, because you don’t have to worry about forgetting anything - I wrote down the time, because I didn’t know about the reminders, but I got the email notifications and I was like, ooh, this is so cool! So I was taken by the way Cafetalk dealt with tutors right away, because like I said, the experience I had beforehand was so impersonal … so I liked that, a lot!

How did working with Cafetalk end up matching the expectations you had of it before starting out?

My expectations… well, as I said, it started off as a backup. It was my fallback plan (laughs). I don’t think I expected to be able to make… well, let’s just be honest here, teachers in general aren’t the most rich. It’s not the most rich profession (laughs). But I was actually surprised that I was able to make almost as much as a teacher working in the full-time public system. Although now I’ve cut down my hours because I don’t actually need that much income at this point, that was one thing that I didn’t expect. I didn’t expect to be able to pull in an income that was probably even more than a substitute teacher. I don’t know if you know what it’s like as a substitute teacher, but it’s really hard. You’re just waiting for calls, so that was one thing that was unexpected.

And I also didn’t expect that I would want to stay for the long run (laughs)! I thought it was just gonna be a temporary thing. But I don’t want to leave! Because there’s other platforms out there, and like I said, eventually, I’ve got calls from other places in the public system and elsewhere, but in the end… in the second year when I got comfortable at Cafetalk, I turned the other opportunities down. So… I love online jobs (laughs)!

Can you tell us a bit more what exactly you love about it?

I don’t know if I’ve mentioned it before, but the flexibility is amazing. For me it’s also a personality thing. I know some people wouldn’t like it, but if you are more of a one-on-one person who doesn’t necessarily like going out that much (laughs), it’s really good for that!

And I just find it so much more flexible. Because for example, some students can’t make it back home in time and they just stop by at a coffee shop and then they wait for me to call them there. That type of flexibility is amazing for me. And if we’re gonna talk about practicality: I don’t have to spend 100-something-dollars on a bus pass (laughs)! You save a lot of transportation money. Aaand, because online it’s so flexible it’s easy to connect with a lot of different people. Whereas if it were face-to-face… yeah, you might get a 100% of what they’re paying you but all that travel time is not worth it to me. It’s just just so convenient in so many ways.

So, one thing we try to do on Cafetalk is give our tutors a lot of freedom: create your own lessons, set your own availability times, use your own materials… how do you feel you could benefit from that freedom?

I think the fact that Cafetalk gives you that freedom is awesome. But I will say too that there’s a flipside to it. Because sometimes there’s so many ideas that you can’t decide which one to go with (laughs)! So there are two sides to it. But it also gives you less pressure! I never felt like someone was evaluating me. That might freak some people out, because I know there are people who need to know what they’re supposed to do. But for me personally, my experience was that when I don’t feel like people are watching over me, that’s how I grow the most. Without pressure. And that’s not for everyone.

I remember that during my practicum, I was really cracking because I felt like my main teacher was always there. And she was really cool, she wasn’t giving me pressure at all. But because she already had her own set of rules, I didn’t know how to implement my own authority to the kids. But I told her that and she laid off and gave me the reins 100%. That’s where I personally thrive the most. So for somebody who likes to explore and experiment without somebody breathing down their neck, I think Cafetalk is really good. And if somebody has trouble with that then I think Cafetalk has been really helpful for the times that people are lost. Cafetalk has helped me. You guided me in the right direction.

With the freedom also come too many ideas, so somebody from Cafetalk told me not to put too many choices on my lesson list. If you have too many choices, people get confused. For me it was a gradual process of realising which lessons are really hitting home with people. And I just rid of ones that weren’t getting requested that much. And it also made it easier for myself, because then I had fewer different lessons to plan. It’s just really important to be in tune to your own rhythm. You might have somebody’s idea here, somebody’s idea there, but eventually when you do your own thing you’re going to realise that you do have a certain rhythm and you have to be true to that. But then leave a little bit of room for flexibility! You have the backbone, but then you can sway a little bit according to what your students need.

And if it’s not a match, most of the time, that’s okay. If there’s a student who doesn’t book you again because it’s not a match, you might be a little bit depressed, but in the end what I notice is that I’d rather attract students where we mutually want to be talking to each other. Because that makes the lesson go by so much faster, and it’s so elastic. There are constantly new students coming on, so for every student that you lose, there is going to be a better match for you.

Thank you for reading. This is just a small excerpt of the whole testimonial. For more tips on how to succeed on Cafetalk, please login as a tutor and continue reading. If you aren't registered as a Tutor on Cafetalk yet, click here to apply. Applying and creating an account is free of charge!, , 위 글을 읽어주셔서 감사합니다. 더 자세한 인터뷰를 보기 원하시면 강사로 로그인ㅁ 해주세요. 아직 강사 등록을 하지 않았다면 클릭하여 무료 강사등록을 해주시기 바랍니다.

I never felt like someone was evaluating me. That might freak some people out, because I know there are people who need to know what they’re supposed to do. But for me personally, my experience was that when I don’t feel like people are watching over me, that’s how I grow the most. Without pressure. 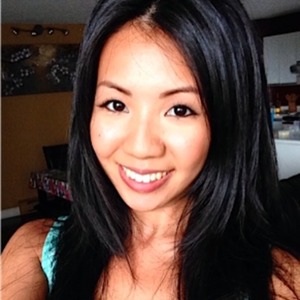 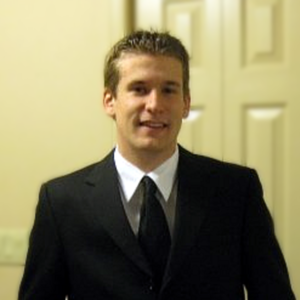 She gained many loyal students thanks to her amazing children’s lessons, where she teaches Japanese children from all ages. Her youngest student is just 1 ½ years old! In this interview, she shares some of her secrets on making her lessons fun and learning English natural for kids. 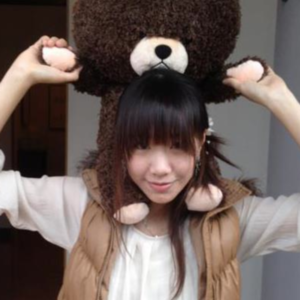 A lot of people think you can only learn at school or a tutoring center, but for online tutoring, you can be a specialist or someone who just does it as a hobby. You can teach what's within the scope of your abilities while making friends from other countries along the way. 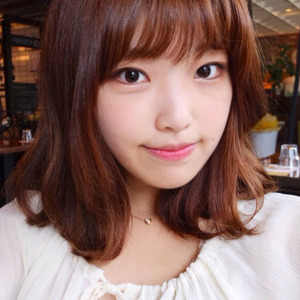 Let the world spice up your life.